Last week, I visited a catholic church with a friend of mine, what I discovered there was mind blowing.

What I discovered was the large expanse of land owned by the church; aside from the wide packing lot, there was a sports field to it and it made me begin to wonder how much the property was purchased for.

It was so overwhelming and I couldn’t help it, so, I had to ask him how much the property was bought for. The reply I got is the reason why I was compelled to make this post.

He said, “These properties were bought ahead of time” in other words they were bought for the future. The history of the property dates back to the 90s which made it more deserving of plaudits.

The truth is, I have no idea if the property was consciously bought or otherwise but some things are for sure and are analytically factual. Some of which are

Take note, the said property is located at Ado Road, imagine having such property in Lekki! Well, I don’t think I'm in the position to give you the value, I’ll leave the math to you.

The point is, Real Estate Investing is the safest and undoubtedly the best way to keep your money in circulation while expecting massive returns and this is the right age and time to do that.

30 years ago, properties in Lekki, Ikoyi, etc.  were not valued in hundreds of millions and billions but right now owning a property in these locations costs a fortune.

The sole aim of investing is for the morrow, but to make a name of it;  you can only begin that journey today.

Why not keep your doubts and fears aside and take advantage of this Goldmine today as we present you Ibeju Lekki.

Ibeju Lekki is a local government area of Lekki. Ibeju Lekki lies along the coastline, flanked by the Atlantic Ocean and the lagoon.

Ibeju Lekki, was once a remote local government area in Lagos without any attraction but it gained the spotlight after it was chosen to be the site for the planned Lekki Free Trade zones by the Lagos government.

This came as good news to both foreign and domestic investors as they can bypass a lot of the chokeholds in a free zone where there is minimal intervention from the government and tons of tax and operation incentives.

This has attracted local and international investments in Ibeju Lekki worth billions of dollars with the most popular one - The Dangote refinery. With over 500 multi-billion dollar investments expected to flood Ibeju Lekki, it thus, gain her AKA ‘The New Lagos”

A lot of people are still oblivious to the massive investment opportunity that comes with Ibeju Lekki, while on the other hand, some individuals, Real Estate developers, foreign and local investors are acquiring massive amounts of real estate here. You are the only one yet to get yours and who else is best suitable to guide you through these steps than Real Estate with Sally?

Ibeju Lekki has become a hymn of songs, because her massive opportunities are sung by Real estate developers and agents everyday. Thereby, you will be left with no excuse if you miss this opportunity.

WHY YOU SHOULD NEVER STOP BUYING LAND IN IBEJU LEKKI

Still skeptical? Here are 5 reasons why you should buy as many properties as you can in Ibeju Lekki.

In 2013 Dangote announced that he would be building the world’s largest single-train refinery in Ibeju Lekki spanning 2,635ha.

Almost nearing completion in 2022, what started as a proposed $9b dollar investment in 2013 to be delivered in a few years has turned into an almost a decade project with over $14bn-$15bn invested so far.

But nobody said that completing the world’s largest single train refinery with a capacity of 650,000 barrels per day was going to be an easy feat.

The Dangote refinery is a massive development in Ibeju Lekki and is already driving massive investment in and around the area - more so, when the refinery is completed and fully operational!

The Lekki free trade zone, divided into four total zones, will comprise residential, commercial and industrial divisions. Sprawling over 16,500 hectares, the very rapid development around Ibeju Lekki is as a result of the multi-billion dollar investments combined in these different free zones.

The Lekki Deep Seaport is 16.5 meters deep with a capacity of 18,000 TEU (Twenty-foot Equivalent units) - it is going to be the largest Deep Sea Port in West Africa opening up access for export to West Africa and beyond; easing the enormous strain at Tin Can and Apapa ports.

Because it is located in a free zone, there will be minimal intervention from port authorities, no import duties, no strikes, quick processing times - this sea port will see massive volumes of imports and exports that will ease the strain on the Apapa port complex and make more sense for investors and businesses from an operation and economic standpoint.

Alaro city,is the major residential section of the Lekki Free trade zone contains areas of mixed and commercial use and is home to exciting industrial, residential and infrastructural developments.

The city is conveniently situated along the Lekki-Epe Expressway for ease of transportation through Lagos-Epe-Ogun to the rest of the country.

Can you believe that the only international airport in Lagos is all the way in Ikeja on the Lagos mainland? Do you know the import of this?

The massive population of expats, celebrities, politicians that mostly reside in Lekki island would need to drive through several kilometers and suffer through traffic to commute to and from the Muritala International airport.

Lekki-Epe International Airport is a proposed airport in Ibeju Lekki/Epe axis, designed for a capacity of 5 million passengers annually. It is going to be the first airport in Lekki, Lagos island, to be sited adjacent to Alaro city.

It will be designed to cater for the Airbus A380, making it a Code F compliant airport.

All being said - just as in any society more so in Nigeria, you need to perform your due diligence before investing in any property. Ibeju Lekki is a honeycomb and thus, attracts lots of unfriendly bees which will sting and prey on your hard earned money without leaving anything for you. Don’t fall prey to Sham and Fake properties, reach out to us so we can offer you professional investment advice and guide you to your successful purchase of an investment property you can call your own in the New Lagos, Ibeju Lekki. 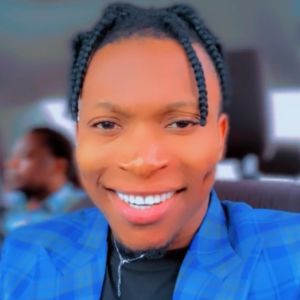